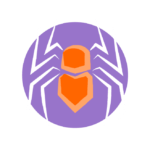 My name is Spiderman. I was born in Bulawayo, Zimbabwe in 1958 and moved to Malawi in 1973 and later followed my calling and become a pastor. In 1993 my wife fell ill and was diagnosed with HIV. After two years of battling this disease without treatment she passed away in 1995. The following year I contracted malaria and while I was ill I also tested for HIV and was found to be HIV positive. There was very little information available and no treatment at all so I just carried on with my life. I found love again in 1997 and before we got married we decided she should take an HIV test and she also tested positive. We were married in 1998 and I’m happy to say we are still together today.

My journey living with HIV has been through the valleys, mountains and plains. In 1999, I was attacked by shingles which left me scarred. My CD4 count dropped to 153 but I still seemed physically fit. In 2002 met another pastor who was celebrating 10 years of positive living. This was the turning point of my life and I  joined the fight against stigma and to encourage acceptance. I become involved in the African faith-based movement fighting against stigma and for access to treatment.

I started antiretroviral treatment in 2003 and at the time we were paying MK4000 for a monthly dose of Triumune. I have taken my medication consistently ever since. My health has improved and I am able to work and continue my ministry, becoming a facilitator focused on HIV-related issues. I have faced challenges along the way, dealing with negative attitudes that feed into stigma and discrimination. Despite that, the joys and opportunities in my life outweigh other obstacles. God has blessed us with two boys who are HIV negative.